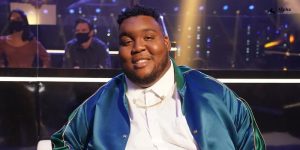 STUART, FL (November 3, 2022) – Prominent attorney Willie E. Gary and his partner Phyllis M. Gillespie of the Florida-based law firm of Gary, Williams, Parenti, Watson, Gary & Gillespie P.L.L.C., announced that they represent the parents of Willie Spence, Jr., American Idol runner- up who died at twenty-three years of age in a car accident. Gary and his legal team are investigating the circumstances surrounding the tragic collision involving a tractor-trailer that resulted in Spence’s death.

The crash occurred around 3:07 pm on a Tuesday in East Tennessee of Marion County, when Spence’s 2019 Jeep Cherokee was in a collision on Interstate 24 with a tractor-trailer, according to the Tennessee Highway Patrol and Marion County medical examiner’s preliminary report.

The Marion County Medical Examiner said the cause of death was “multisystem trauma due to the motor vehicle accident” and that Spence was pronounced dead at the scene. Just hours before the crash, Spence posted a video of himself singing “You Are My Hiding Place” on his Instagram page.

Willie Spence was a star in the making. A singer with a powerful voice whose performance of Rihanna’s song “Diamonds” during his audition in front of judges Lionel Richie, Katy Perry, and Luke Bryan went viral on social media. The performance ended with Lionel Richie giving Spence a standing ovation and calling him an “undeniable star” before the judges selected him to continue in the Hollywood competition. “I just want my voice to reach the world and just share my gift – hopefully winning a Grammy one day, that’s where I see myself in five years. It’s gonna take hard work, but I feel like I can do it,” said Spence to the judges at the audition.

Gary is no stranger to seeking justice. Willie Gary and his legal team are known for taking on some of the nation’s most powerful corporate giants.

In 1995, a jury awarded Gary and his legal team a record-breaking, half-billion verdict against one of the world’s largest funeral chains, The Loewen Group. In addition, Gary is noted for winning a

$240 million jury verdict in Orange County against the Walt Disney Corporation for his clients who alleged that Disney stole their idea for a sports theme park. In 2001, a jury awarded Gary a

$139.6 million verdict for the Maris Distributing Company against Anheuser Busch.